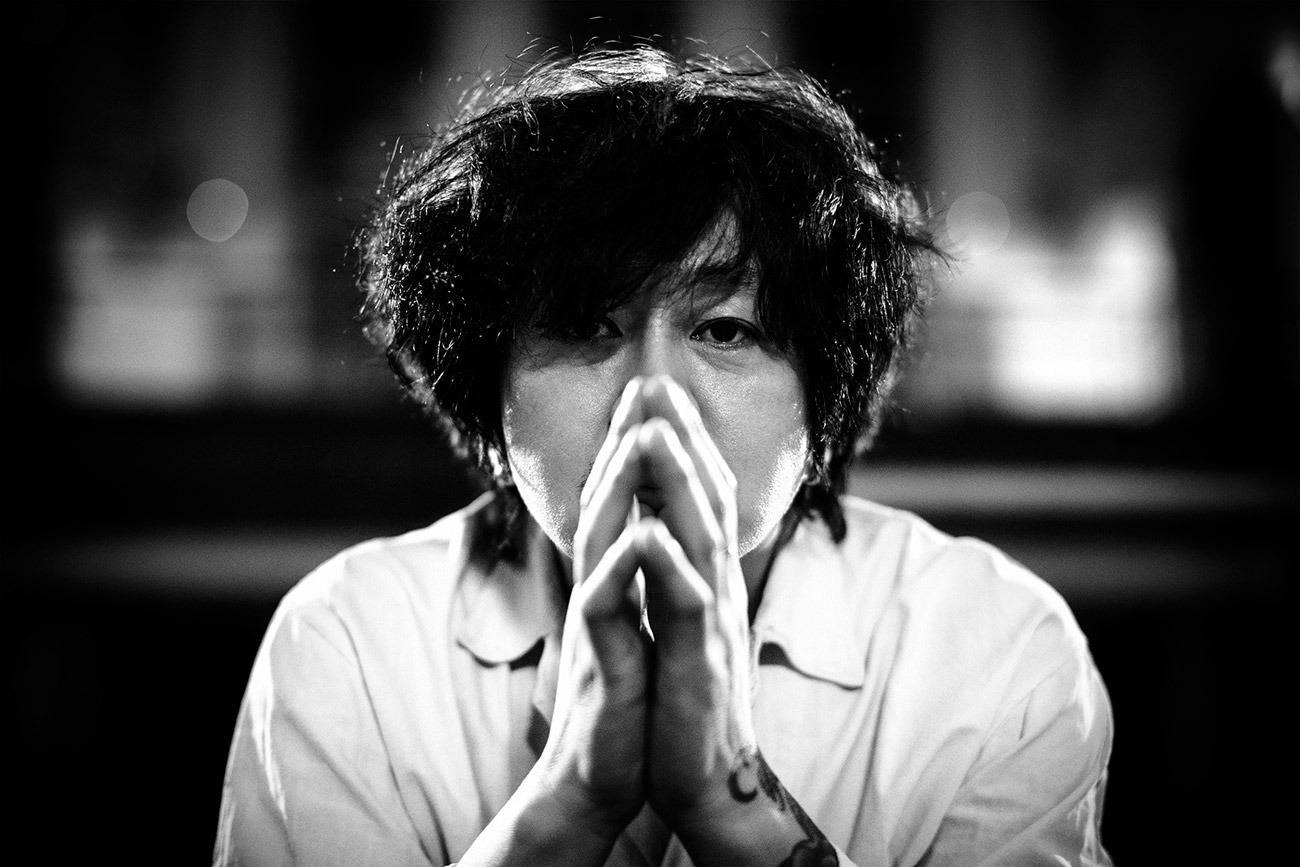 – Rocker Yoon Do-hyun has eyes set on the world stage, away from politics –

Yoon Do-hyun, founder and lead vocalist of YB Band, is one of many celebrities who minimize interaction with the press out of concern that their words may be distorted by the media, stir up controversies, or even be exploited by the government.

“I think this is my first interview in over four years. I don’t even remember when was my last one,” said the 47-year-old folk rock singer to The Korea Herald.

The energetic and versatile musician has also never been careless with music in his 24-year career.

Yoon skyrocketed to fame with the band’s 2002 World Cup cheer song, an anthem that blared through streets on loudspeakers as the World Cup fever gripped the country. In 2005, his band became the first Korean band to tour Europe. International tours and projects have been keeping him very busy, Yoon said. An acclaimed and established solo artist, he recently released two singles. 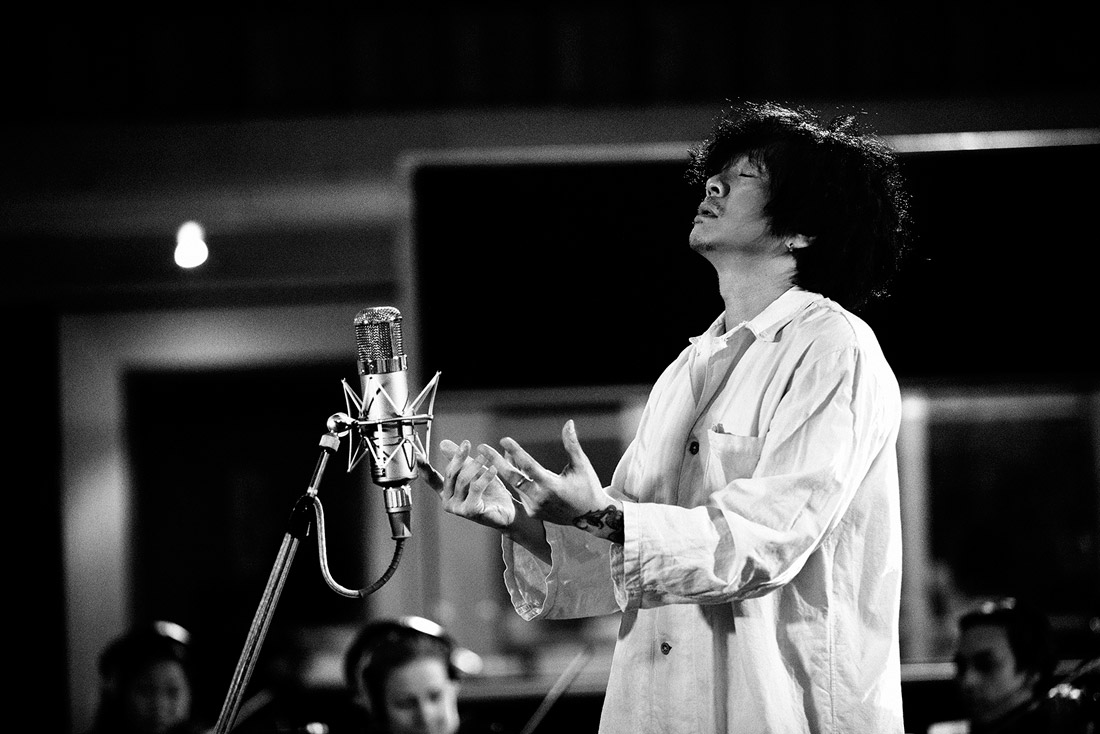 To Yoon, England means more than just a country for rockers. In 2003, when Yoon couldn’t complete a sentence in English, he traveled to London. There he met Steranko, a British underground band with which YB did a European tour in 2005.

“After hanging out with each other, we got spontaneous and formed a group called Dutch Brothers as (we) had a rule to go Dutch,” he said. The one-day project band, consisting of two Steranko members and two YB members, threw a “small” concert at a local club that attracted some 500 people.

“That’s how we developed that small gig into a Europe tour,” he said.

Kept busy with activities at home and in the US, however, that tour became Yoon’s last performance in England. That was until last year when he was in Liverpool to shoot “Begin Again,” a Korean music variety show that featured big-name Korean musicians busking abroad.

“After seeing foreigners actually enjoying my music at local streets and clubs, I gained confidence that I could go back to England. That program is actually the reason why I went back to England to record my song,” he said. 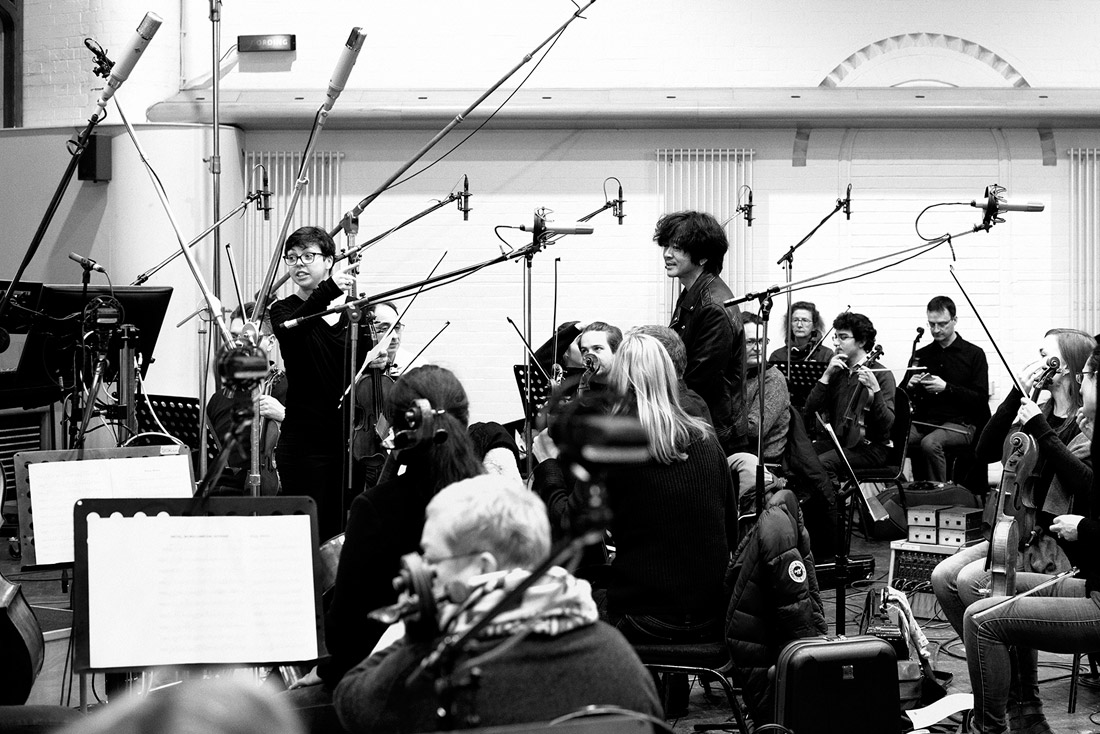 Yoon is currently working on launching a new English website through which he plans to release his and the band’s music and videos. He also plans to release English songs and tour eastern Europe sometime in October with two other Korean rock bands.

Now a self-professed fluent English speaker, the singer watches Netflix dramas and listens to English-language posts to keep up his English skills. He just couldn’t “endure” formal lessons, he said.

“I know that it’s too late for me to become a superstar there. But that’s not what I want. I just want to throw our solo concerts in those countries, especially England, and use those experiences as my musical inspiration. In that case, my age isn’t a barrier,” said Yoon.

At a time when musicians performed in bars and restaurants, Yoon began his career in a music club called “Jongyiyeon” in Paju, Gyeonggi Province, his hometown. And that small musical gathering had a special tradition.

“Once every week, we read editorials, discussed and read books. Our leader used to tell us that we had to be an intellectual to do music. ‘If you want to sing about love, go date girls. But if you want to sing about the lives of ordinary people, we have to study what is happening around the world’ was his philosophy,” Yoon said. As a naive 20-year-old who thought dying his hair red and head-banging were quintessential to rock, Yoon was not entirely happy with that system. But the singer now credits that experience with shaping his critical mindset, which later pushed him to raise his voice against atrocities and social ills.

Many of YB’s old songs, composed by Yoon, contain profound social commentaries. The band’s eighth full-length album from 2009, for instance, landed in hot water for criticizing the conservative Lee Myung-bak government, those with vested interests and the patriarchal power structure.

However, Yoon has not been sending any critical message through his music for years now.

He was abruptly dismissed from the long-running KBS2 show “Love Letter” and the KBS radio program “Yoon Do-hyun’s Music Show” in 2008, raising suspicions that there were invisible hands at work behind the dismissals.

The state-run broadcaster denied such allegations, but the truth came out in September last year, when it was revealed that the Lee administration had compiled a blacklist of cultural left-leaning figures. Yoon, who was considered as having progressive political views, was on the list, along with comedians Kim Jae-dong and Kim Mi-hwa, among others.

Seeing his name on the blacklist, different emotions and thoughts crossed his mind, Yoon recalled. He admits that he stopped writing songs that address social problems, wishing to stay out of political brouhahas, but emphasized that he would keep talking about society through music.

“One thing I want to tell you is that I am never, ever going to get involved in politics or political parties. I won’t be dragged into any activity that has the slightest possibility of being linked to political parties. I’ve suffered enough damage from it,” he said. Emphasizing each word, he added, “But I’m still going to talk about my thoughts and my feelings in my own music.” 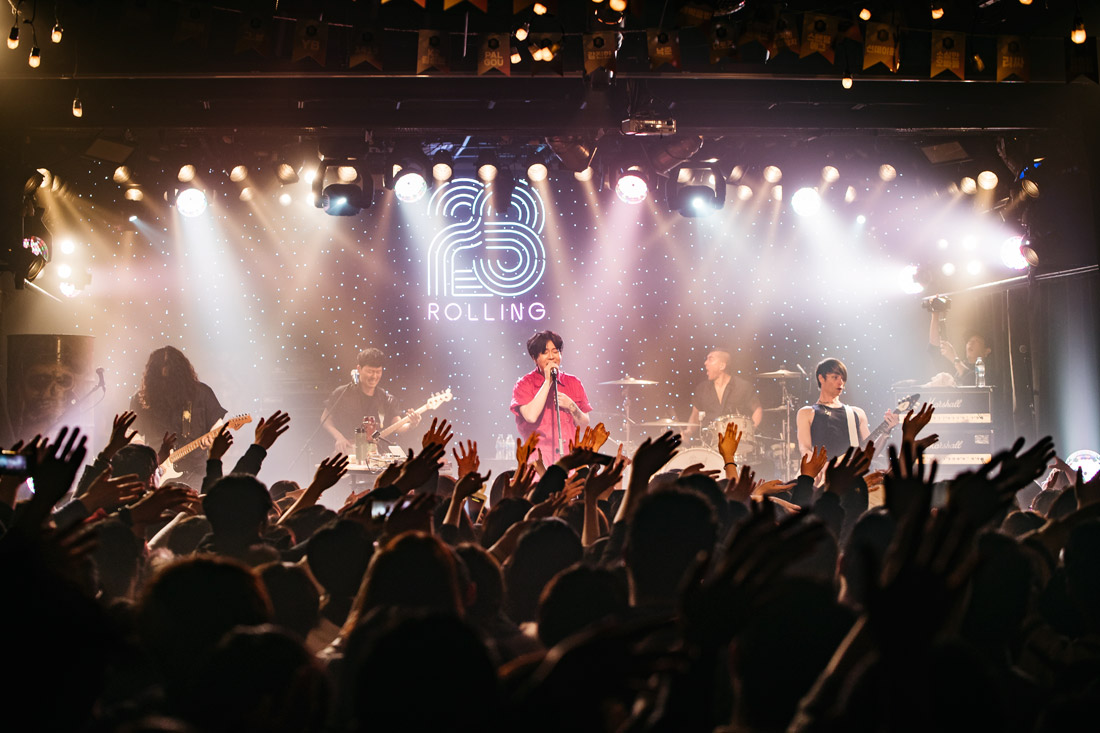 Yoon’s morning routine begins peacefully. First he drinks tea and then goes to a nearby fitness center for a workout. One thing he avoids in the morning is the news.

“Watching news on the TV that only talk about sexual abuse, murder and tragedies depresses me. In the past few days, I’ve watched five episodes of ‘I Am Living with Nature’ — my favorite program that shows lives in nature — in a row, to refresh my mind,” he said.

Yoon, who had witnessed a spirit of unity in 2002 with YB’s World Cup cheer song, strongly believes in the power of music. It may sound old-fashioned and overly idealistic, but one of his biggest hopes is to make a song that can bring people around the world together, one that sends a message: “We are one after all.”

“Sharing” is another keyword for Yoon who plans to build a school in Myanmar and to donate earnings from his concerts to the school.

“Sharing, it’s my biggest happiness. As I get older and have kids, I have less desire to make money but more for sharing,” he said.

He and his band are also set to perform in cultural centers in areas where the residents are underserved in terms of cultural activities, starting with a concert in Nonsan in South Chungcheong Province on March 22. 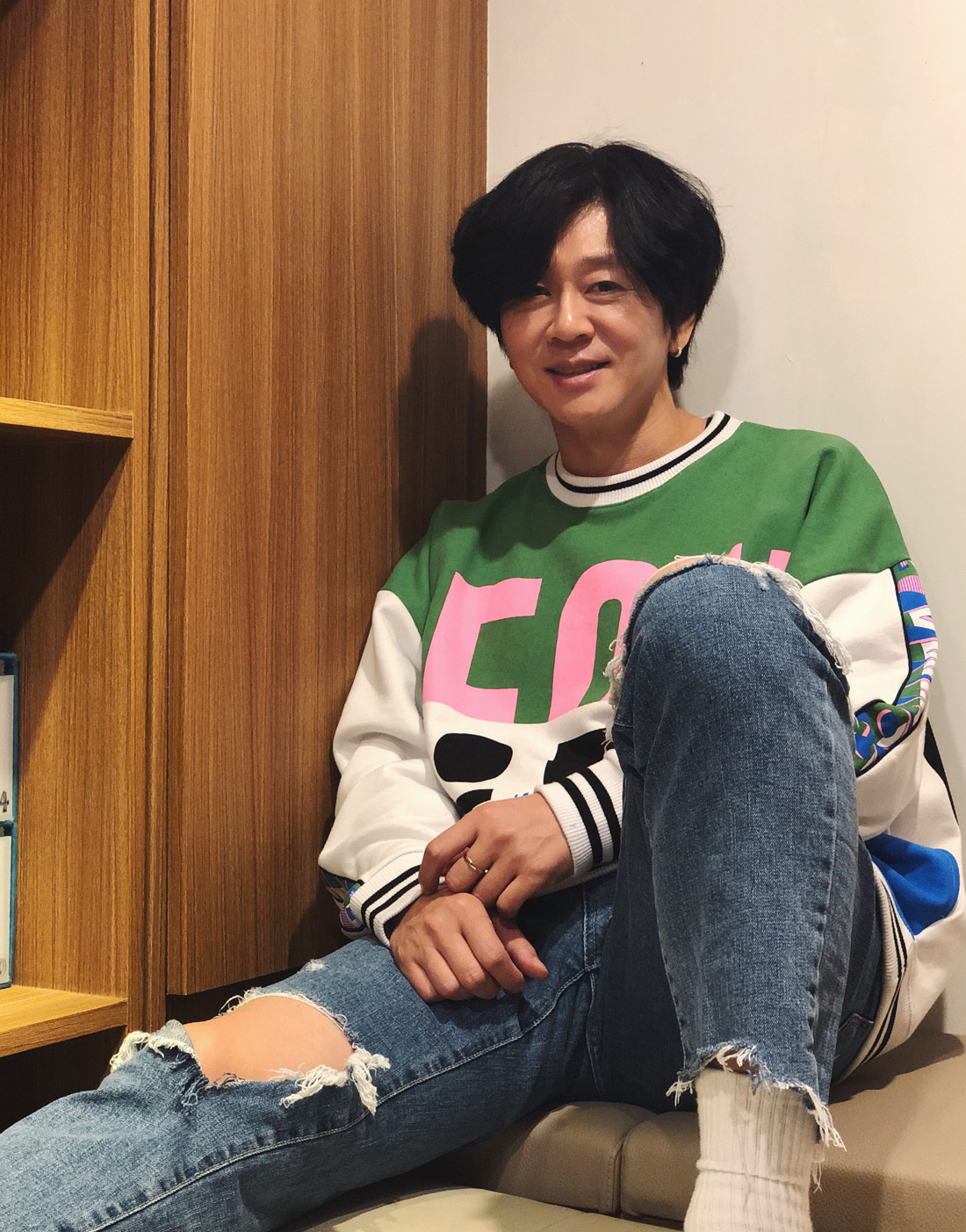 Toward the end of the interview, Yoon bent over his cellphone and busily searched for something. He then shared a recording of a conversation with his daughter, a middle school student.

“Last night, I asked my daughter what kind of music I should do. She told me that I should do what I’m good at, and not try to do please my detractors, but make music for those who like my music,” said Yoon, listening to his daughter’s voice.

Her message was simple, but what Yoon heard from his young daughter was invaluable.

“I told her that I’m writing a song about the existence of aliens and the US trying to hide it. Then she said, ‘How many do you think will sympathize with that song?’ Well, she truly is my best assistant, musical adviser,” said Yoon, his face beaming with love and pride.