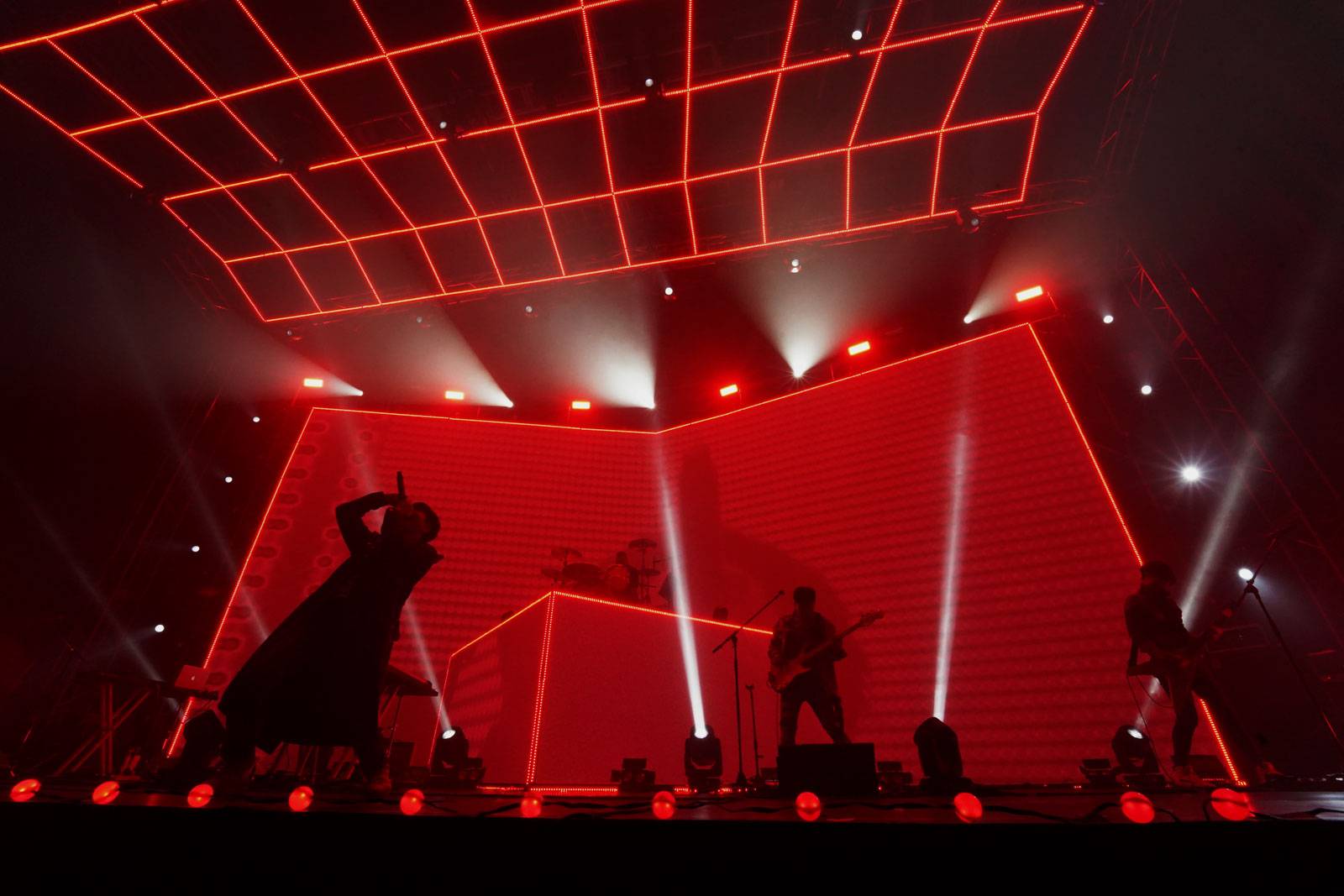 Wrapping up a whirlwind of a year with ear-splitting rock sound, over 4,000 concertgoers at YB Band’s Seoul concert either let go of their bygone days or brought up long-buried emotions with the band’s thought-provoking songs and stories.

If there’s any reason why people chose the veteran rock band over younger and trendier musicians for their year-end concert, it’s probably the band’s masterful onstage tricks that it has crafted for over two decades and its ever-developing musicality.

And YB Band, in its 22nd year and fronted by vocalist Yoon Do-hyun, knew exactly how to live up to those expectations, presenting the crowds one of the most enjoyable and meaningful nights of this year at its Seoul concert that was held at Jangchung Gymnasium on Saturday. The performance was the band’s last leg of its nationwide tour series titled “Momentum” that kicked off on Nov. 17. 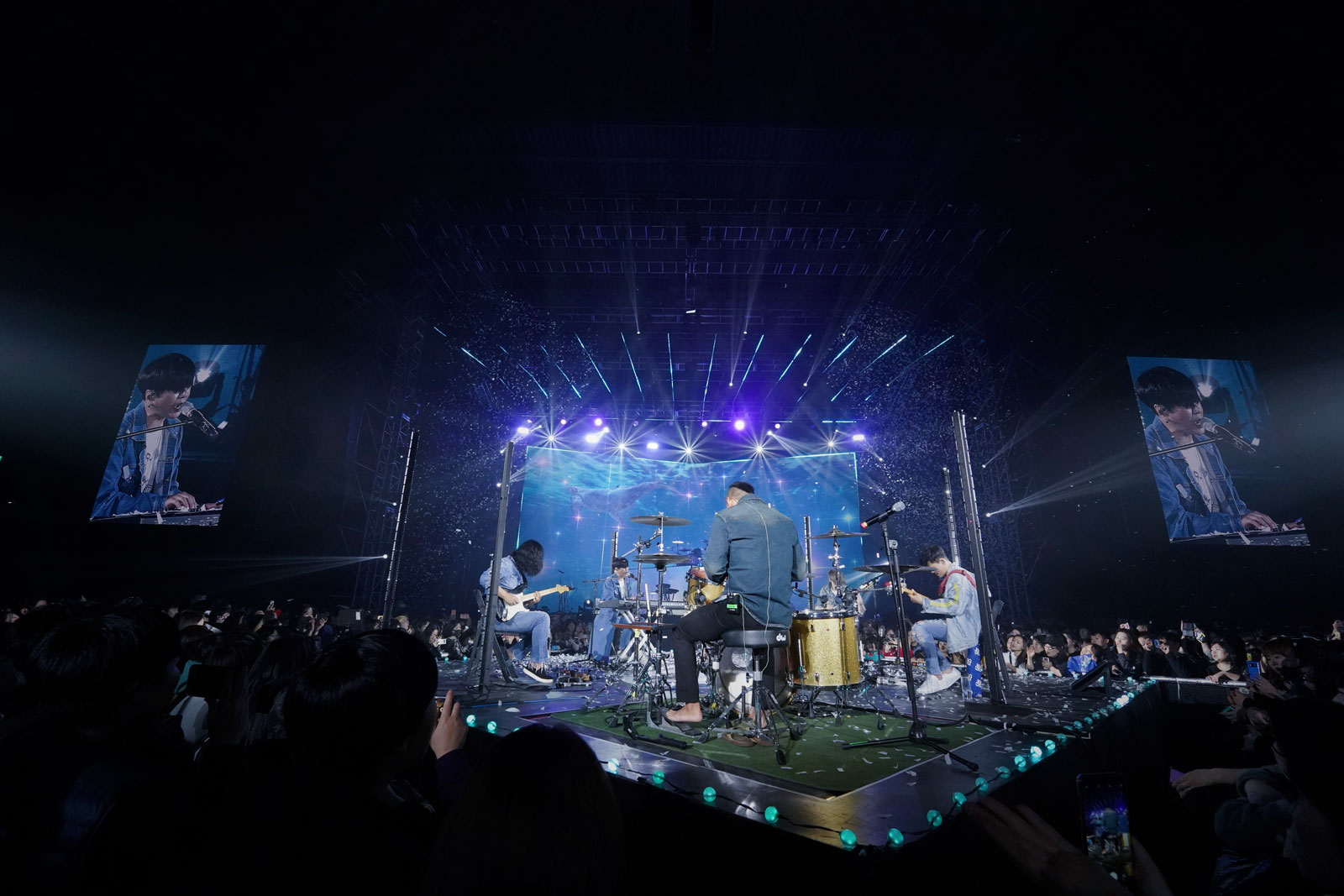 “We’ve been looking forward to this concert a lot. It’s actually our first genuine concert, not the one in clubs, since 2011,” said Yoon, referring to the size of the show, after opening the set with punky “Like the First Time.”

Throughout the three-hour set, the veteran rock band successfully balanced out its set list by seamlessly blending heavy metal and light balladry sounds, leaving fans enough energy to sit through the night.

After performing hits like “Wind” and “Peppermint Candy,” the five-piece band went onto add ferocity with English renditions of “Stay Alive” and “Talk to Me,” which made crowds get on their feet. And as if to blow off 2018 with its energy, the band cranked up its rock ’n’ roll spirit to the maximum, with pounding hits like “Come Together,” “Losing Game of 88,000 won” and “Push Off.”

“We’ve been looking forward to this concert a lot. It’s actually our first genuine concert, not the one in clubs, since 2011,” said Yoon, referring to the size of the show, after opening the set with punky “Like the First Time.”

Thanking fans for withstanding the band’s fierce guitar riff and drum sound, the five-piece band went onto treat its die-hard fans by walking down the memory lane with its mega hits “I’ll Forget You” and “A Flying Butterfly.”

Yoon, the energetic and versatile vocalist, also didn’t forget to offer words of advice to his fans by shouting out, “Guys, do whatever you want in your life” between the songs.

While each stage was distinctively memorable and Yoon’s explosive vocals were impressive as always, what especially grabbed the attention was the soaring seven-minute long guitar solo by guitarist Heo Jun on “Dreamer,” which drew out gasps and chills from rock enthusiasts. Heo’s stunning collaboration with guitarist Scott Hellowell during “Headache” was another special treat for fans.

“I think we are very lucky and grateful to be able to keep pursuing what we want. We don’t want to become a band that stays in the past. We will always stay on stage and pursue newness,” said Yoon as the night neared its end. 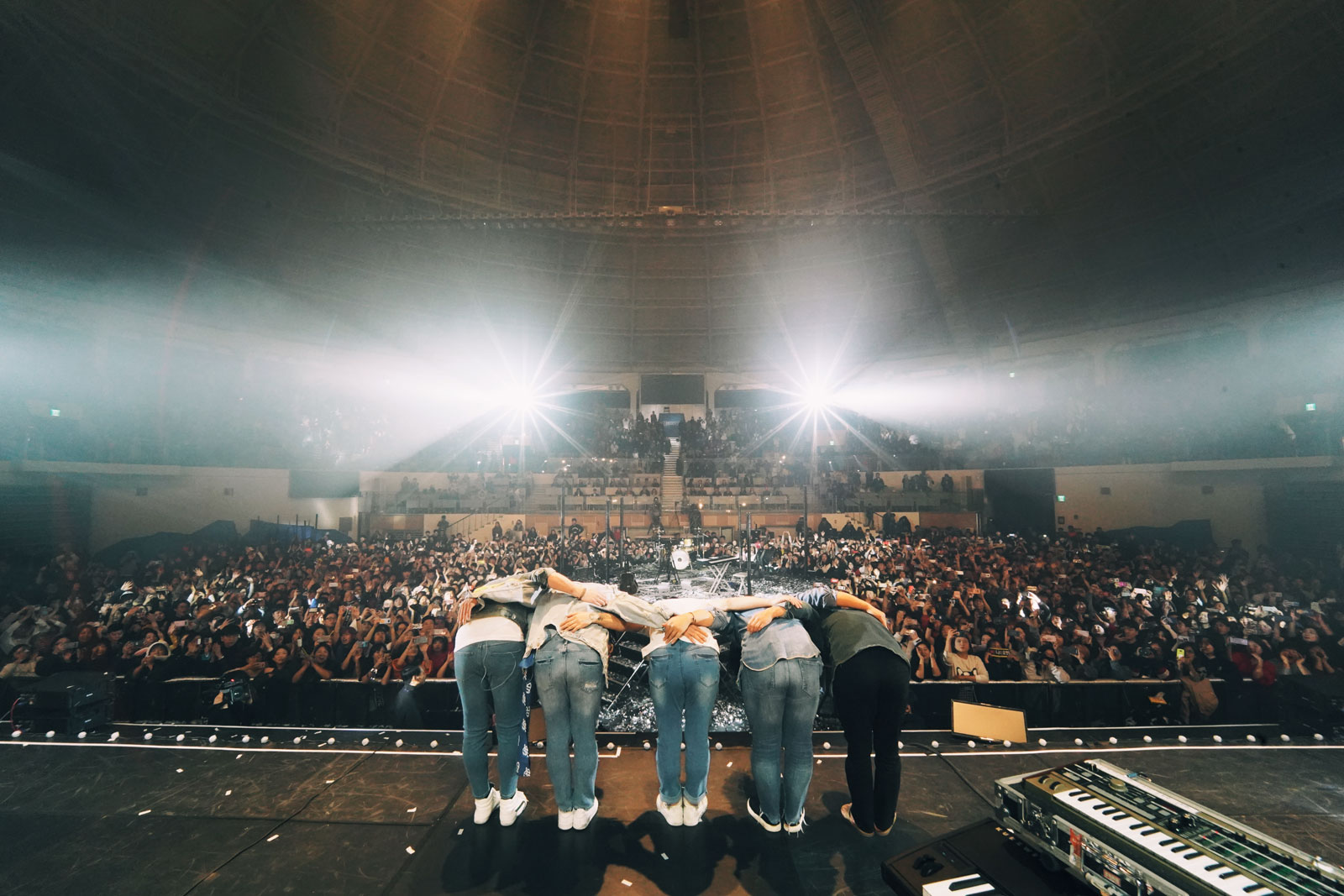 After performing the acoustic set of its classic hits “It Must Have Been Love,” “Love Two,” “Autumn Outside the Post Office” and “Sending You,” as well as its emotional sing-along hit “Blue Whale,” the band surprised audiences by covering part of “Bohemian Rhapsody” and “We Will Rock You,” two hits by legendary English band Queen, which has seen renewed popularity in Korea after Freddie Mercury biopic “Bohemian Rhapsody.”

The band wrapped up the passionate night with hardcore “I’m Cool.”

Having debuted as one of Korea’s most iconic rock bands in 1996, YB Band in April became one of the Korean musicians that have performed in Pyongyang as part of a series of cultural exchanged agreed upon by the two governments.

The band is set to work on its 10th full-length album next month, according to its Dee Company.